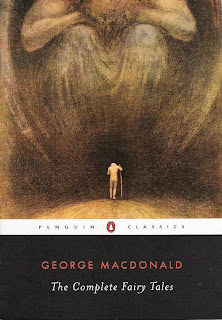 "We are the Shadows" repeated the Shadow solemnly.
"We do not often appear to men."
"Ah" said the King.
"We do not belong to the sunshine at all. We go through it unseen, and only by passing chill, do men recognise an unknown presence."
"Ah" said the King again.
"It is only in the twilight of the fire, or when one man or woman is alone with a single candle, or when any number of people are all feeling the same thing at once, making them one, that we show ourselves, and the truth of things."
"Can that be true that loves the night?" said the King
"The darkness is the nurse of light." answered the Shadow
"Can that be true which mocks at forms?" said the King
"Truth rides abroad in shapeless storms." answered the Shadow.
George Macdonald 'The Shadows' from The Fantastic Imagination
Posted by Unknown at 22:51 No comments: Links to this post