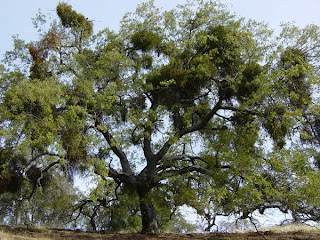 Timbertoes was a mighty old oak and Silvertoes was a graceful young birch. He grew on the edge of the forest and she grew near a lake. One day Wind said to Timbertoes “I gave you a wild night last night, old friend, I hope you stood up to it”.

“I think I lost a small top bough, but it was damaged anyway and that’s the first to go for years”.

Silvertoes butted in: “I only lost a few leaves, my branches are light enough to dance when you blow. I’m not old and heavy.”

Wind replied “Do you know you’re growing across the path?”

“What path?” But Silvertoes checked herself (you need to be careful how you talk to Wind). “We-ell, it doesn’t go anywhere”.

“But then I couldn’t see myself in the lake”.

Wind sighed and went away.

One day a swineherd came with his pigs and kicked Silvertoes, complaining that she was blocking the path. His pigs grazed under Timbertoes and were thankful for the acorns. As the swineherd  left he kicked Silvertoes again and grunted that, although she was a pretty tree, he didn’t like witches brooms.

On another occasion a stag butted silvertoes and said the same about not liking witches brooms. She complained to Timbertoes that other animals had done the same thing. But he told her “You are still just young enough to grow away from the path”. But she wouldn’t listen.

“I wouldn’t be able to see myself in the water” she said, “and if anyone else says anything about witches brooms, I’ll tell them about that ugly bush hidden in your branches”.

But Silvertoes was not listening and just admired herself in the water.

On another day a tiny wren settled on one of Silvertoes’ branches and whispered to her “Don’t you think you should move off the path a bit?”

“It doesn’t go anywhere” she insisted.

After a time a band of men came along the path and stopped right where Silvertoes was blocking the way. They made camp. Then, with a sharp axe, Silvertoes was cut down . Timbertoes shivered, but he knew why they had come. They built themselves a fire and settled down for the night. The next day they climbed Timbertoes and used a golden sickle to cut some of the bush with the white berries on it that he guarded in his branches. But they were reverent to him and departed with a blessing. When they had gone he sighed. Silvertoes was nothing but a pile of ash.

Collected in the Welsh borders by Ruth Tongue in 1909. It was said to have been passed down within the same family at least since c.1770. It does not contain any standard folk-take motifs so may be a specific local story rather than a local version of a generalized type as is usual.