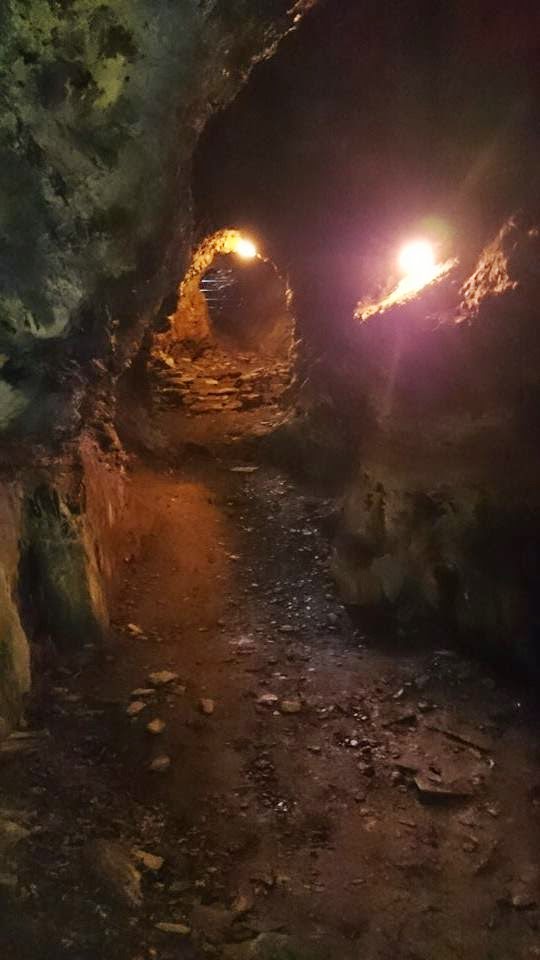 Herla was out hunting in what is now the border lands between Wales and England when he came across another hunter in the same woods. He had a great red beard and hooves like a faun, but he said he was a king among the Dwarves. Herla told him he, too, was a king among the Britons who then inhabited that land. The two of them made a pact each to attend the wedding of the other.

Herla and his retinue set out for the wedding laden with gifts and passed through a doorway in the mountain into the dwarf realm and along a passageway lit by lamps.

The wedding ceremony lasted for what seemed like three days and when it was over, Herla prepared to depart. He was given many gifts to take with him including a hunting dog but told that no man should get down from his horse before the dog leapt to the ground.

After they came out of the entrance to the mountain the doorway seemed to melt away behind them and was no longer visible. They hailed an old shepherd to ask for news. But the old man cannot understand the Brittonic tongue, for he is a Saxon and it was his people that now inhabited this land.

Herla could not understand how things could have changed in just three days. Some of his men got down from their horses to question the shepherd more closely but crumbled into dust as their feet touched the ground. Herla remembered the dwarf king’s words and warned his remaining companions to stay in their saddles until the dog jumped down, but he has not yet done so and Herla and his companions have wandered the land like ghostly hunters ever since, waiting for the dog to jump.

According to Walter Map, who told this story in the twelfth century, Herla's band are said to have plunged into the River Wye during the first year of the reign of King Henry II (the year 1133), though others report that the Wild Hunt still rides.

I haven't heard this story of the origin of the Wild Hunt before, very interesting and enjoyable.

So many different versions of the Wild Hunt between localities... I particularly like the way this one provides an explanation of why the hunt must continue to ride without dismounting. Also the recurrent theme of Faery time lapse...

The overlap of celtic and saxon is interesting here, not just the change while they are away but the the story seems to contain bits from the different traditions of the Wild Hunt.

Thanks Rowan, Lorna and Hamadryad. As you have all noticed, this is a story with different provenances in various cultures. Walter Map seems to have absorbed different native sources into his Latin text. It would be interesting to know what his sources were.